Continues directly where volume 3 left off.

Anyway, some updates about the Akashic situation:
– This will probably be the last time I redraw the illustrations. If anyone would like to do the redraw them in the future, do contact me. My email re.yu[email protected]
– Akashic will release in parts from now on, to ensure more achievable milestones. This volume in particular is hard to get pumped up for because some chapters are in the ballpark of 20-30k words. Which is twice/thrice the length of chapters in earlier volumes. Expect parts to be around 3k-ish words.
– Konosuba x Akashic has 2 parts, one set in Axel (Konosuba) and the other in Alzano (Akashic). I’ll get to those eventually. 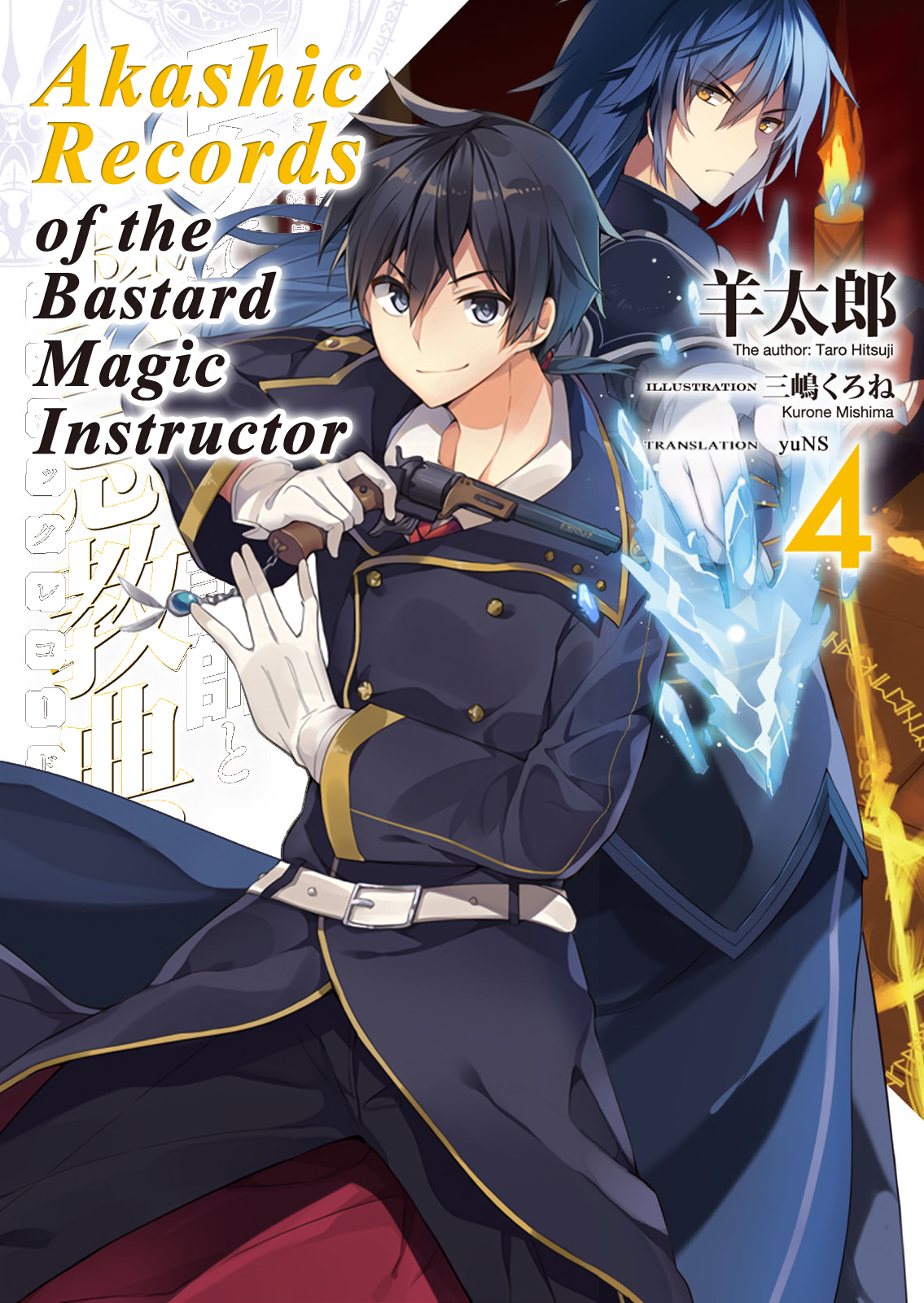 Combatants Will Be Dispatched! was also released just before this, so scroll down for that release!

Note that this release is for the manga! Big thanks to all our staff for making this work! The URL is a bit weird, but that’s cause wordpress wouldn’t allow more than 1 page to share a slug (…me/category/slug), so that’s that.

LINK HAS BEEN DISPATCHED!

Release of the first half of the first side of the Konosuba x Akashic Collaboration work. This side is by Akatsuki Natsume, author of Konosuba.

The longest chapter of this volume is finally done (as are my exams)! Special thanks to my editors for getting this done just before the holiday.

Anyway, since one of the editors, Yuuki, has been and will continue to be swarmed by work and exams until mid-January, the next release of shaved (chapter 8) will be on the January the 18th!

Below is the pre-released name/storyboard for the cover page of the manga, do support that as well!

Speaking of which, yuNS Translations group will likely be releasing the first 2 chapters of the manga separately from Striptease Scanlations, instead of just the 1st.

I’ve been reading SAO in my free time and got nagged into writing a summary. If you’re here for the summary click the link below, if not, read on.


Update:
Editing is halfway done for Chapter 7. Will get it out ASAP. Thanks friends.

Few things to say, regarding both the manga and the light novel for “I Shaved. Then I Brought a High School Girl Home.”.

As for other series:

A wholesome story that I’ve only just got around to translating after leaving it in my bookmarks for the longest time. This story is #55 from the series, Shoujo A La Carte.

END_OF_DOCUMENT_TOKEN_TO_BE_REPLACED

Another group seems to have picked it up already. The scanlation is in good quality (unlike the initial release for combatants), so I’ll try to get in contact with them to see what to do going forward.

Also, it’s Adachi Imaru’s (manga artist for Shaved) birthday today! Must be a nice way for her to commemorate her first official manga release. She was previously a non-H shoujo doujin artist, and you can find her personal site here.

This has been out for a while on other sites, but I’ve been lazy.

On another note, yuNS tl group will be picking up the manga coming out for “I Shaved. Then…” coming out in two days.